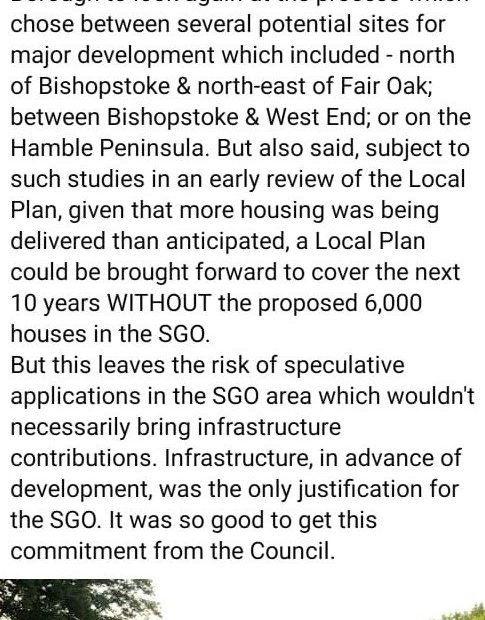 Eastleigh Labour have been opposing the LibDem local plan since it first came out that the LibDem borough council wanted to build thousands of unaffordable homes and were willing to risk irreversible damage to the countryside to do it. Their recent posts would tell you a different story. In the above screenshot and in a newly published focus leaflet being sent to residents they are claiming credit for the removal of the bishopstoke/fairoak development. You’d be forgiven for thinking that the LibDems hadn’t been the driving force for this development plan in the first place.

The truth is that the government planning inspector forced the council to take this out! This was only made possible because of the tireless work of local campaigning organisations like action against destructive development (ADD) and the representations by local groups and individuals including Eastleigh Labour Party to the consultations over the years.

No Eastleigh resident would be surprised to see lies and spin in a libdem focus. What is perhaps more concerning is that Eastleigh LibDems are risking public health to deliver their leaflets at a time where all campaigning by political parties is meant to be paused.

Eastleigh Labour took the decision to stop our campaigning before the decision was taken nationally in March because we wanted to protect public health. We know that the actions of the LibDems will probably create some confusion so to be clear: Eastleigh Labour’s physical campaigning will remain paused until it is safe to do so. We hope the LibDems will now apologise for sending out this leaflet and will join us in pausing their campaigns.

If you want to see more about our opposition to the plan over the years please see below: