Another historic Eastleigh building to be destroyed by Councillors 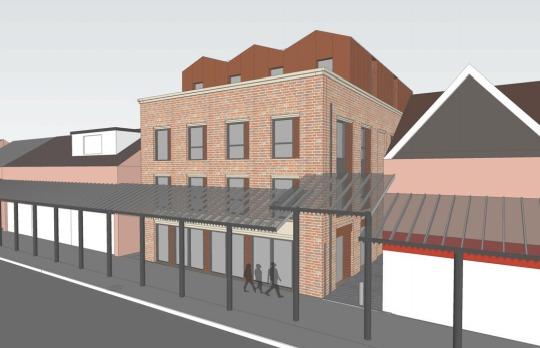 The post office building has been in our town centre for decades. I remember queuing there in the 1990s and a chap gave me a pound because I was ‘queuing so nicely’. I was about five and with my mum, and we often remember that chap and discuss how it really summed up Eastleigh at that time.

Away from the nostalgia of my youth, it’s clear we need more housing. We know that we are in the middle of a housing crisis. As a party, we provide accommodation in Eastleigh and as members of the local community, we often discuss housing challenges with residents. It’s a very big issue nationally.

We all know that we need housing. It should not mean that we throw every other consideration out the window to do it. Parking, traffic, schools, policing, doctors, public transport are just a handful of considerations when building homes and in this case ignored. What’s worrying is, like nearly all Eastleigh Borough Council housing developments, they take none of the aspects raised by residents in to serious consideration. At a basic level, residents don’t want another historic Eastleigh building destroyed.

Let’s look at some of the specific objections (there are more than 70 in total) received by the council:

“I do not wish to see another Historic façade demolished in Eastleigh.”

“To put in 18 flats with no parking is reason enough to say no to this development. Even with buses and trains etc, what about visitors, deliveries, etc. Parking in Eastleigh is difficult enough and expensive. This is unacceptable”

“So where on earth are all the home owners going to park?!”

“The Sorting office is an incredible asset to the community of Eastleigh.”

Now, I get it. Eastleigh Labour Party gets it. We need housing in Eastleigh. That doesn’t mean we need chaotic developments which do not take in to consideration local business, infrastructure and our general history.

Worryingly, the reason the council voted to destroy the old post office and sorting office is because they told residents they have a ‘confidential list’ of people who need flats with no parking. Seems an odd list to keep confidential – I suggest they remove personal information and release it.

The council ignored my own objection and Paul Bicknell, Liberal Democrat Councillor and Deputy Council leader, also refused to support my objection despite a personal request for his support. I raised an Freedom of Information Request to uncover more details and this was also rejected by Eastleigh Borough Council.

What we are seeing is a local council that entirely ignores local residents. The Liberal Democrats that run Eastleigh Borough Council have treated us with disdain for too long. We need change and we need an end to chaotic, unsuitable housing developments that destroy our community.