Barbara Castle: Inspiring titan of the Labour movement. And the First female prime minister we should have had. 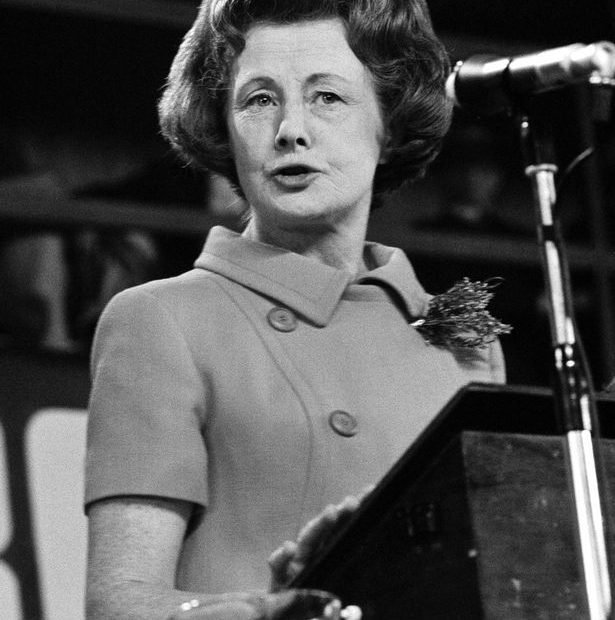 Barbara Castle was a Labour minister under the Wilson Governments in this country and had been an MP since the Labour landslide in 1945. Through her work, we have the department for international development, and she was the first person to ever hold the ministry she created. She pioneered the idea of a Britain that was a global leader and knew that by aiding the development of emerging nations, Britain could make the whole world a better place and Britain a stronger nation for it.

Barbara Castle also introduced the breathalyser, the national speed limit, and made the seat belt a mandatory feature in all cars.Her solidarity and support for striking women workers at Ford’s Dagenham plant is iconic. Her crowning achievement, however, came on the 29th May 1970. Barbara Castle’s equal pay act became law. A simple message that Women were as valuable to society as men, and a woman’s labour was equal to that of her male counterpart. Sadly, there remains a gender pay gap to this day.

Barbara Castles list of achievements and accolades are impressive for any politician. But to have accomplished this, when sexism, misogyny and discrimination were so central to much of British politics; makes her achievements all the greater.

Barbara Castle is an inspiring figure to me, because of all these achievements and because of her politics. She was not afraid to change her mind and to debate with her Labour comrades. But she always stuck to her core socialist principles. She never wavered in the fight for a better Britain. Her legacy has made this country a stronger and more equal place to live. We should all aspire to be a bit more like this titan of the Labour movement and British politics. If it was Castle, not Thatcher been this countries first woman prime minister, this country would have been a far better place.