Dame Tessa Jowell: this is why she is inspirational to me. 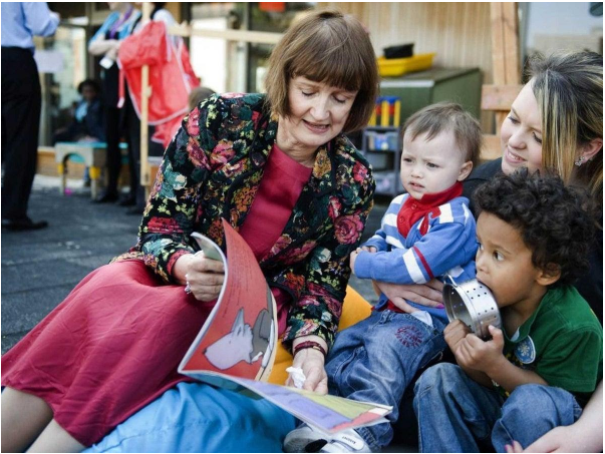 Dame Tessa Jowell was a Labour politician and campaigner. She sadly passed away in 2018 but she remains an inspiration to many. Branch chair, Chris McKeone, takes us through why she inspires her.

So many to choose from… Racked my brains – should it  be Millicent Fawcett,  Ellen Wilkinson, Barbara Castle?  In the end I’ve gone for someone who inspired me personally and politically – back in the 70s and more recently.

Tessa Jowell first entered the political arena back in late  1971,  when she stood as the Labour Candidate  for a by-election in the Swiss Cottage Ward of London’s Camden Council.   Dermot McKeone and I had recently moved into the Swiss Cottage Ward after we’d married, and the selection meeting was one of the first  ward meetings that we’d attended.

An inspiration to many

Tessa presented as an articulate fluent speaker with a clear  vision of how she would work for the community as a Councillor.   She won hands down against some talented opposition.  Her ability  to express her ideas so coherently and precisely was one of the things that accelerated her progression through local politics (she became Chair of Camden’s Social Services Committee a couple of years after being elected as a Councillor), and on into national politics.

Tessa was working at that time as a Social Worker, and it was through conversations with her and another social worker I knew well that I began to realise that Social Work, rather than being an Information Officer with a large American Corporation, was the job for me.   (Fourteen years, a move to Hampshire and three children later, I actually  got my first – unqualified – job in Social Work.   So it didn’t exactly happen overnight!)

Of course, we lost touch with Tessa and other friends in Hampstead Labour Party after we moved to Hampshire in 1973. But from a distance and over the years we watched her career blossom.  She went on to hold a number of senior posts in the  voluntary sector in the 1980s and I had a brief chat with her in the late 80s when she, by then working with the King’s  Fund, gave a talk at a Social Work careers convention I attended.   She stood for  Parliament on several occasions, before being elected as MP for Dulwich in 1992.

She really came into her own during the  Blair administration, becoming Minister of State with Responsibility for Women and Minister for Employment, Welfare to Work and Equal Opportunities.  (She was still in this role when she visited Barton Peveril with our candidate, Sam Jaffa and few Eastleigh members, including Mac and I,  in the lead up to the   2001 General Election.)

Surely her greatest achievement in government was introducing health targets, maternity and paternity leave and the Sure Start initiative for improved childcare.   By then I was working as a Social Worker for Southampton City Council,  and saw at first hand just  what difference Sure Start could, and did, make to the lives of children and their carers.

And then there was her role as  Secretary for Culture, Media and Sport,  with the UK’s (successful) bid to host the Olympics in 2012 her special responsibility.   She lost her cabinet position when  Gordon Brown became Prime Minister but continued to remain Olympics Minister until after the Games had taken place.   And what a success those Games were!

There were actions and policies  I disliked – the ‘super’ casinos proposal, the attempts to allow the motor racing industry to continue advertising tobacco after it had been outlawed in other sports.  And what looked to be a politically expedient separation from her husband David Mills, when he was found guilty of money laundering by Italian courts.   But for me, looking at Tessa’s life and service, the pluses greatly outweighed the minuses.

An inspiration to the last

Tessa stood down as an MP in 2015 and became Baroness Jowell of Brixton with a seat in the House of Lords in the same year.   In 2017 she was diagnosed with a lethal form of brain cancer.    As her illness progressed, it took away that wonderful fluency and articulacy I’d so admired when I first met her.  And yet in January 2018 just four months before she died, she gave a ‘tour de force’ speech in the House of Lords about the need for more  cancer treatments to be made available on the NHS:

“In the end, what gives a life meaning is not only how it is lived, but how it draws to a close.   I hope that this debate will give hope to cancer patients, like me,  so that we can live well together with cancer, not just dying of it.   All of us, for longer”.

Inspirational to the last.