Saving Samson’s Gym protects a valuable asset: our history and our heritage. 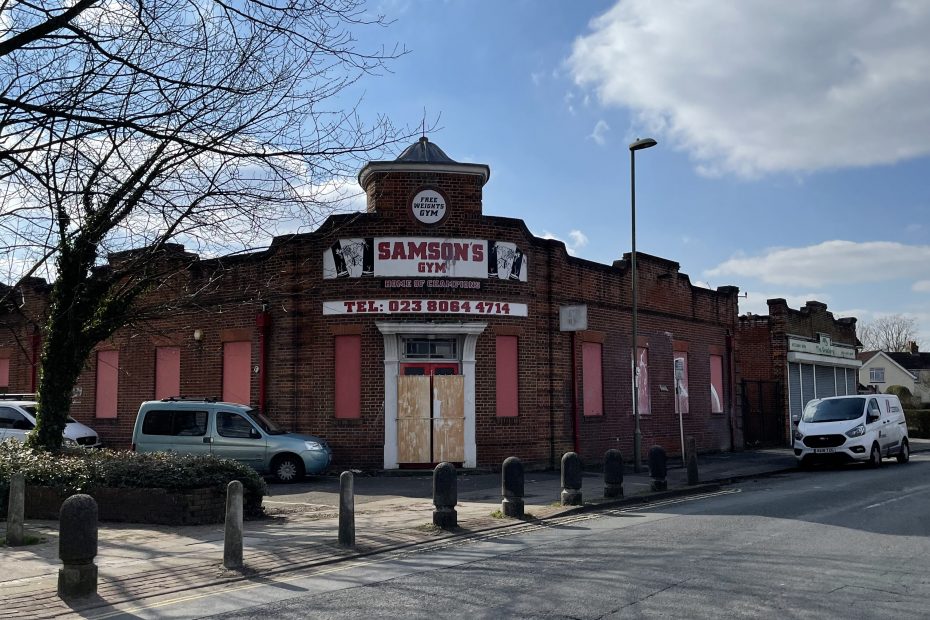 Eastleigh Borough Council made the decision to demolish Samson’s Gym. We believe it’s time to listen to residents and protect Eastleigh’s history.

Eastleigh has a long history. The railway is important but Eastleigh was crucial in the cooperative movement. Eastleigh had it’s share of participation but sadly most of the historical elements have been lost to development by Eastleigh Borough Council.

One remaining reference is the building that previously housed Samson’s Gym. Although this particular business had some challenges, the community that supported it was extensive. One former member told me that the building was what made the gym so good – large space, lots of light and a great location to train. It also had the rarest of commodities in Eastleigh; parking.

So when the council decided to destroy the building there was disappointed. An application was made to protect the building but it was rejected. Since then residents, myself and others have rallied to get this reviewed. With a submission to Historic England, research and support from residents, a further review will take place. A win but still a worry as we don’t know how this will end.

Why keep the building?

Eastleigh is losing a lot of it’s history – this is one example. However, a real issue here is that residents are being ignored. There’s significant fears over privacy, parking, infrastructure and the local environment that are not being reviewed by Eastleigh Borough Council.

On top of these fears, current councillors have made sure that any discussion on this subject will happen after the local elections – this is no surprise considering the current councillor who was contacted on this mislead residents.

The building itself does need work but because of it’s great location, history and heritage, this could be an amazing space to replace the Old Sorting Office who are being turfed out (from another historic building) or a wine bar, bakery, cafe! The list goes on.

After some great work by campaigners, the Council finally realised we’re serious. I confirmed that I will oppose any development that doesn’t meet residents’ requirements but, crucially, we must keep this building.

Despite the council saying they had no plans (apart from a name, consultants ready and all designs in place), we’re no clearer to understanding what they will actually do here. Current councillor, Alex Bourne, refused to support any opposition of the development and a Freedom of Information request by me has been rejected by Eastleigh Borough Council.

I will keep fighting for and with local residents to ensure we keep this building and residents are listened to. Keeping our heritage makes Eastleigh better. Destroying it and ignoring voters does not.