No More Cuts! – Our response to the Hampshire County Council’s balancing the budget consultation. 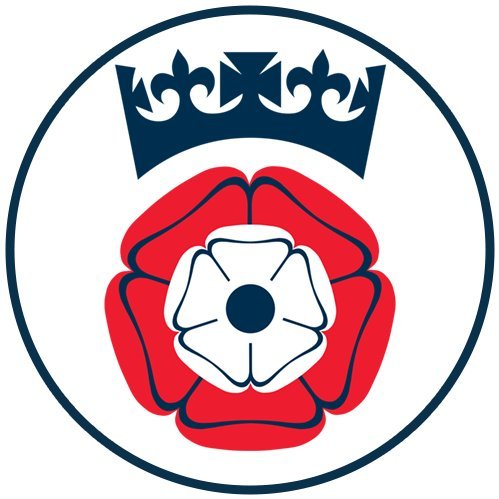 Eastleigh Labour Party want to be totally clear: Over the last 11 years the Conservative government has gutted funding to local authorities across the country. We are facing these budgetary difficulties again, primarily, because of these government cuts.  Hampshire County Council admit as much in the consultation literature. If councillors are clear that the problem stems from government cuts, why are councillors not actively campaigning against them. The time has come for Hampshire County Council to condemn in the strongest terms the actions of the Conservative government and to join the voices calling for an end to local government cuts.

The priority in the short term should be securing revenue from central government, and we call for that revenue to be raised through progressive taxation. However, if that money is not forthcoming, Hampshire County Council should make it clear to residents that it is the government that has pushed our local finances to the point where serious revisions to the funding and operating model of Hampshire County Council need to be made.

As this is a medium-term solution, we urge the council to deploy their financial reserves to plug the immediate funding gap. If central government refuse to reverse funding cuts, and clear condemnation from the council of the government’s austerity policy does not yield results; then and only then should the other measures in the information pack be considered.

We are concerned about the lack of detail provided in the information pack. Several discussed measures are mentioned in the broadest possible terms and details of the exact changes or envisioned outcomes, require clarification from the council. All proposals in a public consultation should be fully explained and we ask the council to urgently provide greater detail on exactly what plans are for each proposal and the estimated cost saving each will yield so every Hampshire resident can be fully informed.

We are extremely concerned to read the negative impacts the proposed cuts will have on services, and therefore the people of Hampshire. We totally oppose any measure that will see vulnerable residents paying for the failures of conservative economic planning. Proposed cuts to several areas, most notably those proposed cuts to care services and support for those requiring care, are unacceptable. The impacts will be far reaching, ranging from disabled residents becoming prisoners in their own homes, to individuals falling through the cracks as they are not deemed the highest risk. Hampshire County Council has a responsibility to its residents beyond the bare minimum legally required of them. The pandemic has shown how vulnerable some residents of Hampshire are, and how we must support them. For the council to consider measures, which they admit will have negative impacts, would be a disgrace. The council must reject all plans that will have these negative outcomes.

We note with concern the over-reliance this plan places on unpaid volunteers stepping up to fill the gaps staff cuts will create.  In the current economy, where costs of living are constantly rising and residents simply do not have the free time they did, this solution is especially ill-considered. The council fails to detail where these volunteers will come from. We note that the proposed cuts to training via the headquarters functions cuts; volunteers would not have access to the same level of expertise and experience as paid staff. This will inevitably mean a decline in service standards and it is the people of Hampshire who will suffer.  We also question how the council can expect to meet safeguarding requirements across its services if it is relying upon untrained, unpaid volunteers? The council must work with trade unions to ensure council staff are supported to retain their roles as it is only through well paid council staff that high service outcomes can be achieved across Hampshire County Council.  Local government workers have kept vital services going throughout the pandemic, after a decade of real terms pay cuts, redundancies will be both a slap in the face for these workers and threaten the effective provision of statutory services.

Hampshire County Council has declared a climate emergency. For that declaration to mean something they must act to improve the state of our local environment.  The proposed cuts to transport and recycling centres fly in the face of such a declaration. The proposed cuts to the recycling centres are an example of short-term saving, at a long-term cost. We know that when users are charged more or have less access to recycling services fly tipping increases. The cost of responding to fly tipping will inevitably be more expensive than the cost of just keeping the recycling centres open, without service charges.

On the subject of transport cuts, the documentation makes clear the risk of isolating our rural communities, a finding we fully agree with. The economic cost to our high street will also continue to be negative if people are unable to travel to our urban centres to use our high street services and shops. It will also, inevitably, mean more car journeys precisely at the time when we are meant to be decarbonising our economy and transport. The economic cost of air pollution is well documented, and the state of traffic on Hampshire roads is already extremely bad, with congestion and slow-moving traffic all too common to residents. This is the time when we should be investing in more public transport provision, not less.

The way Hampshire County Council has operated over the past couple of decades is also a core part of the problem. The consistent scramble for short term savings, and pathological obsession with outsourcing services has contributed to the inability to budget in the long term: As we have seen across the public sector; short term cost savings are overshadowed as privatised service costs rise as time goes on.

We have seen the positive impact long term planning and a commitment to insourcing can have on local authorities, and the local economies in which they operate. Authorities like Preston City Council have shown the way forward through a commitment to Community Wealth Building. Eastleigh Labour urge Hampshire County Council to develop a Community Wealth Building strategy so services can be run for the benefit of local people, and the financial benefits of these services retained within the local economy.

Eastleigh Labour Party recognise the negative impacts that any increase in council tax would have on residents. We acknowledge that council tax is not a progressive tax, the inability to tailor tax rises according to property value, and to therefore exempt lower valued band properties from any rises would negatively impact residents who are already struggling.

However, we cannot play politics with people’s services or play politics with the lives of our vulnerable residents. We recognise that a council tax rise offers a clear route to solving the budget problems currently faced by Hampshire County Council. Eastleigh Labour Party would therefore support a cross party campaign to reverse local government cuts, as mentioned at the start of our response, and if this fails to result in a change in government cuts to Hampshire County Council’s funding, we would support a similar cross party commitment to holding a referendum to decide on raising council tax to meet the budget short falls, but only if government refuses to make the funding available from the treasury, where we believe it should be sourced.

A referendum offers residents, businesses, trade unions and politicians the chance to hold an open and informed debate on how our council finances and runs its services, while also offering a chance to resolve in the long term the funding short fall. It is long past due that politicians across Hampshire were honest with residents about the state of Hampshire County Council’s finances. It is why we would be prepared to enter into a cross party agreement to push for such a referendum; so we can stop the game playing on council tax, and instead start talking about how and where we spend the money.

We believe the cost estimate for holding a referendum provided by the county council is inaccurate, and substantial cost savings could be achieved by holding any referendum alongside local elections that are already scheduled to occur. We also believe a referendum would be a highly legitimate use of council reserves, as it is a one-off cost, and more importantly a short-term cost that could deliver a permanent solution to the council’s budgetary concerns.

As we have stated several times in this response. We believe that the way our council operates must change. Hampshire County Council can achieve long term savings, and long-term budget security through a commitment to insourcing and an end to privatisation. We also believe the council must start to budget in the long term, and that short term savings targets, like the one this whole consultation is based upon are unhelpful, as they prioritise short term savings, whatever the long-term cost may be. Any referendum and potential council tax increase cannot be a blank cheque. It must also result in a new approach from Hampshire County Council, one that can deliver a prosperous, fair future for all of Hampshire.

If the council’s lobbying efforts should prove ineffective, and only after it has been attempted, then the council should consider the following measures: